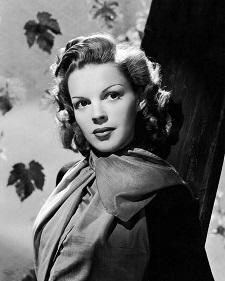 2022 marks the centennial year for American icon Judy Garland, one of the most celebrated artists of the 20th century. Garland was a film star and a brilliant song interpreter, but her career was also defined by struggle with addiction. Starting with her early roles for MGM, she was a child desperate to be seen as an adult, and yet forced to become an adult too soon. And then when she matured into an adult, she could not escape the shadow of her childhood success, nor the repercussions of her childhood demons.

Despite her struggles, Garland mounted several memorable comebacks, including a Grammy award-winning performance at Carnegie Hall, proving that she was an artist who could not be ignored.

In this two-night course, we’ll explore the triumph and tragedy of Judy Garland, with a focus on the music she introduced us to in film, including classics like “The Trolley Song,” “The Man That Got Away,” and the immortal “Over the Rainbow.”

*Please note: This course is a virtual learning opportunity held via the online platform, Zoom. The link needed to participate will be supplied via email prior to the first class session.

Mark Chilla is the program director at WFIU Public Radio, where he hosts the weekly syndicated American songbook show Afterglow. He has a degree in music from Indiana University and has taught several courses at IU on subjects including Ella Fitzgerald, Nat King Cole, Peggy Lee, and The Beatles.