On the southern coast of Mexico’s isthmus, in the centuries-old city of Juchitán, a child dips his hand in paint and presses his palm against a stone wall—one of the few walls that still stood after an 8.1 magnitude earthquake shook this community in September 2017. 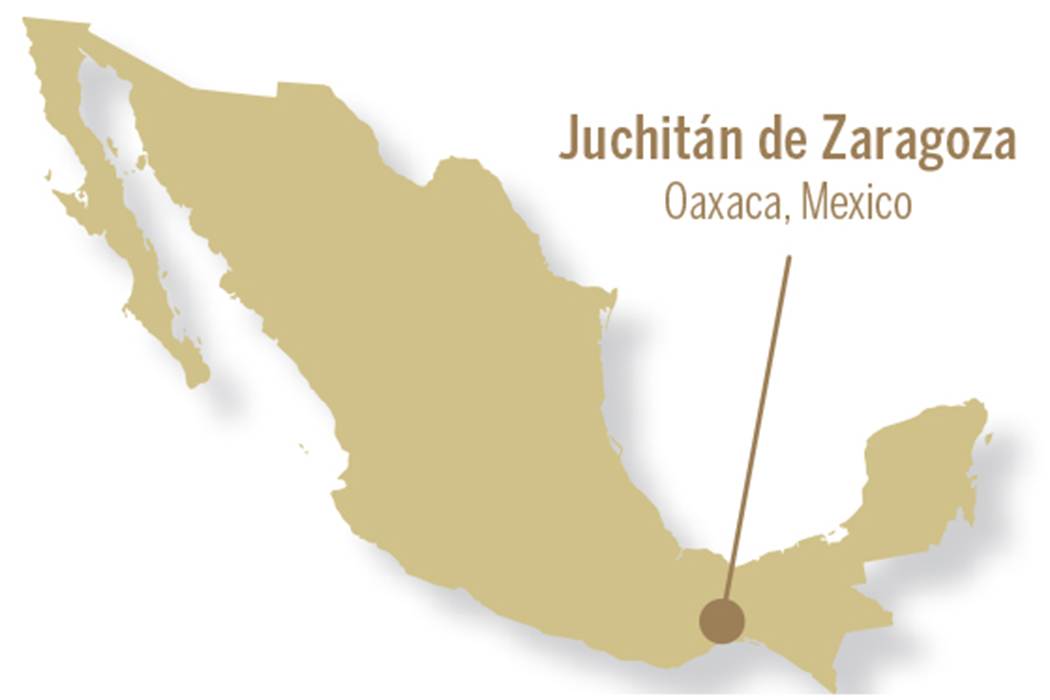 Juchitán was the hardest-hit city in all of Mexico. About 60 percent of its buildings were damaged or destroyed. At least 17 people died. In the days that followed, families slept outside, for fear that their homes might be the next to crumble.

Since that time, community members have rallied to host workshops on their native art, music, and language, especially for the children. Amid such devastation, celebrating their indigenous culture and identity is as vital to their recovery as medicine, food, water, and shelter.

“I am here”—Rarí’ nuaa, in their language—the children seem to say as they press their paint-covered palms onto the wall again and again.

It’s precisely such an expression of cultural pride and resilience that first drew IU anthropologist Anya Peterson Royce to this community more than 50 years ago. And she’s been documenting the lives of the people in Juchitán—specifically, an indigenous group called the Isthmus Zapotec—ever since.

As so many love affairs do, this one started with a dance.

In 1967, as an undergraduate anthropology student at Stanford, Royce won a scholarship that allowed her to go anywhere and study anything. Fluent in Spanish and a former ballet dancer, she chose Mexico as her destination and dance as her subject.

On a sweltering summer day, she watched dance troupe after dance troupe at the Guelaguetza, an annual indigenous cultural festival. After five hours, the second-to-last group took the stage. It was the Isthmus Zapotec group from Juchitán.

The women wore floral-embroidered blouses and long matching skirts trimmed with a foot of white lace. Necklaces of interlocking chains, coins, and medallions—all gold—draped around their necks, with earrings to match. Halos of lace framed the women’s faces, floating behind them as they moved about the open-air stage.

“They took my breath away,” Royce says. “I was so taken by their confidence and their assurance and their spectacular dress. I thought: I need to know more about them.”

The Zapotec have lived in Oaxaca, the state where Juchitán is located, since sixth century B.C. (Think: contemporaries of Confucius or Pythagoras.)

The pre-Columbian Zapotec were founders of Monte Albán, the heart of the first city of the Americas. They developed their own system of writing, believed to be one of the first created in Mesoamerica and a predecessor of the Mayan, Mixtec, and Aztec writing systems. (Isthmus Zapotec is one of the groups that developed out of this pre-Colombian civilization.)

Those of us who live in the United States may take for granted how thoroughly our culture is documented—how much has been and continues to be written about our relatively young country and our way of life. Yet, for an indigenous community of such age and significance, there is comparatively little published about the Zapotec. The Library of Congress, the world’s largest library, lists only about 500 works with the keyword “Zapotec.”

Of what has been published, Royce’s books are considered among the most important and influential, especially given her long-term involvement with the Isthmus Zapotec. In 2016, she was awarded the Medalla Binniza, or Medal of the Zapotec People, in recognition of her work.

Royce sees her work as serving two important groups: the subjects of the research, and those who will learn from it.

Every other summer, Royce teams up with IU colleagues in linguistics and archaeology to lead a field school in Oaxaca for undergraduate anthropology students.

During the field experience, Royce gives the students a crash course in ethnography: the study of people in their own environment. First, you must establish a connection with your subjects, building rapport and trust. Then you experience and observe, talking with people, noticing everything, and taking pictures—with permission. Finally, at the end of each day, no matter how tired you are, you write everything down.

WHAT WE DO, AT OUR BEST, IS TO LET THEIR STORIES FLOW THROUGH US.

WE BECOME THE MEDIUM THROUGH WHICH THEIR STORIES CAN BE TOLD.

“For me to be able to help students look at the world in a more expanded way—that’s really important,” says Royce.

On a broader scale, however, Royce recognizes her responsibility as an anthropologist, and the existential validation that this form of study imbues in those who are given the chance to tell their story to the world.

“For the Zapotec community, it’s important that I do what I do, because it’s a record of who they are,” she says. “I think what we do, at our best, is to let their stories flow through us.”

It’s been more than a year since the earthquake hit Juchitán. It may take many more years to rebuild. But thanks to Royce’s documentation of the city’s public buildings over the last half century, they’re well on their way.

“I’m working with local architects and engineers, making my photos available to the community so that they can see what the church, for example, originally looked like,” Royce says. “For them, that’s a part of their history that is tremendously valuable.”

Her next goal is to have her photos—about 18,000 or so—digitized, so that they’ll be preserved forever, and more easily accessible to scholars, students, and the Isthmus Zapotec people.

Their city will never be as it was before the earthquake. Not exactly. But that is the way of places, of people. It’s why the work of anthropologists like Royce is so important. They document the who, what, when, where, and how of human existence—helping us grapple with the why. They explore what it means to be human, telling our stories so that we might understand each other—and ourselves—a little more deeply.

Though the children’s painted handprints will eventually wash away, the Isthmus Zapotec have made a permanent mark in history, thanks in large part to Royce’s dedication to sharing and preserving their stories.

Rarí’ nuaa, on and on, forever. “I am here,” echoing through time and beyond borders.

And now, the world can whisper back: “We see you. We hear you. We know you.”

You can further the study and support of the world’s great cultures by giving to anthropology at IU. Please use the button below to make a gift to the Friends of Anthropology Fund, or contact Travis Paulin, executive director of advancement for the College of Arts and Sciences, at 812-855-1876 or tpaulin@indiana.edu.

This article was originally published in the fall 2018 issue of Imagine magazine.

Tags from the story
College of Arts and Sciences, IMAGINE magazine, IU Bloomington, IU Faculty
Facebook Twitter Pinterest
LinkedIn Email
Written By
Andrea Alumbaugh
A native Hoosier, Andrea Alumbaugh is a graduate of IU (BAJ’08) and a senior writer at the IU Foundation.