IU’s Eskenazi Museum of Art made an appearance in The New Yorker in October 2018.

At issue was a key piece of the museum’s collection: a rare pair of busts of Emperor Septimius Severus and his wife Julia Domna from about 210 A.D.

This is polychromy: the art of painting in several colors, especially as applied to ancient pottery, sculpture, and architecture. Polychromy has been on the radar of museum curators, conservators, and art historians for decades, but it wasn’t until recently that technological advancements allowed for noninvasive detection of trace pigments on such pieces.

In this are important reminders: Just because something is old doesn’t mean it’s obsolete. Even long-familiar items can reveal something new to us. And that which is revered still has room for reconsideration—even renaissance. 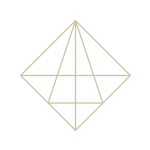 When it reopens in November 2019, a brand-new but familiar art museum will greet guests once again. Bolstered by a transformative $15 million gift from Sidney and Lois Eskenazi, the museum has not only benefited from physical renovations during its two and a half years closed, but also from a renewed vision.

We hope to build a model and set an example for other art museums to follow.

In addition to long overdue updates to the HVAC system, thoughtful upgrades have been made to enhance the museum’s communal areas and teaching and learning spaces. Meanwhile, museum staff have kept busy: acquiring new pieces, hiring additional staff (like the museum’s first curator of contemporary art), and pursuing new and expanded educational and outreach programs.

“Buildings are living things. They are hardly ever things that never change,” says David Brenneman, director of the museum.

“The great thing about it is that the bones of this building are amazing; I think we just added some new muscles.”

Though it didn’t open until 1982, the vision for the art museum began long before, with IU President Herman B Wells and the hiring of Henry Hope as head of IU’s art department in 1941.

Hope and Wells envisioned an encyclopedic collection that would represent the breadth of human artistic expression. Most of the museum’s acquisitions have been gifted from individual donors or purchased with funds from IU supporters.

IU’s art museum was designed by I.M. Pei. A so-called “starchitect,” Pei and his contemporaries made people realize that a museum doesn’t just have to be a utilitarian container for art, but can be a work of art itself.

Stepping into the atrium, you feel a sense of upward movement. Brenneman says the idea of the atrium is to invite curiosity and exploration. To further fuel that sense, the renovations included the addition of interior windows: opportunities to peek into spaces that were once closed off, such as the museum’s conservation lab.

“What we were trying to do was make the building work for our needs today—which have changed a lot since 1982—but also be really respectful of I.M. Pei’s architecture and his language,” says Brenneman.

For example, knowing that triangles are an important element in Pei’s design, the gallery walls echo that angular approach.

Thanks to the renovations, expanded storage facilities, and thoughtful configuration, the museum has gained about 20,000 square feet, significantly increasing exhibition space without expanding the footprint of the museum.

A new bridge connects the previously unconnected wings on the museum’s third floor. The bridge was a feature of Pei’s original design but omitted due to budget at the time.

Supporting IU students and professors is a primary focus for the museum. Also on the third floor, a new exhibition space will showcase video arts, including works by students in IU’s digital arts program. New workspaces, a lecture hall, and a technologically enhanced classroom provide teaching and learning opportunities beyond what’s installed in the museum’s galleries.

Stocked with about any art supply you could think of, the museum’s artmaking studio will host K–12 students, art therapy sessions, and more.

While closed, the museum’s educational programs traveled to schools in Bloomington and beyond.

Thanks to the generosity of Bob LeBien and Patricia and Joel Meier, the museum’s outreach will also include an art therapy pilot program aimed at connecting children who have suffered from neglect or abuse with the healing and educational power of art.

“We hope to build a model and set an example for other art museums to follow,” Brenneman says. “This program is a great step forward in advancing our mission of being one of the leading teaching museums in the country, and it is just the beginning.”

The Sidney and Lois Eskenazi Museum of Art will reopen this fall. Join us November 7, 2019, for a public celebration or any time after at your convenience. Thanks to philanthropy, the museum is free and open for all.

If you believe in the transformative power of art, we invite you to support the Sidney and Lois Eskenazi Museum of Art. To make your gift, use the following Give Now link or contact Patricia Winterton, director of development, at pwintert@indiana.edu or 812-855-1031.