Imagine watching Neil Armstrong descend the Apollo 11 ladder to take the first steps on the moon. He reaches the bottom rung, pushes off the frame, and plants his foot firmly on the cratered surface below. Only this time, before he can speak the most famous phrase ever uttered outside Earth’s atmosphere, an audible snap slices through the crackling fuzz of his radio transmission. It is the sound of Armstrong’s tibia fracturing.

This is, of course, a hypothetical take on NASA’s 1969 moon landing, but it is indicative of one of the greatest obstacles in space exploration. In space, your bones become their own worst enemies.

Given a long enough space mission, bones will self-cannibalize, becoming porous and brittle—so brittle, in fact, that “one small step” could result in a catastrophic fracture. “One giant leap,” metaphorical as it may be, could cause even graver injuries for our celestial explorers.

Fortunately for the crew of Apollo 11, their mission lasted only eight days. A longer trip, and the bones of Armstrong and his fellow astronauts—much like the moon—might have born a striking resemblance to Swiss cheese.

“Astronauts lose between 1 to 3 percent of their bone density each month in space flight,” she explains. (For comparison, osteoporosis causes about 1 percent bone loss per year.)

Kacena is currently working with NASA and the U.S. Department of Defense (DOD) to test a new drug designed to stop this rapid bone degeneration.

Soon her treatment will be aboard the SpaceX Dragon spacecraft as it travels to the International Space Station, where the crew of astronauts will test how effectively the drug stimulates bone tissue growth in zero gravity.

One of the things that most people don’t understand [about their bones] is that you grow a new skeleton about every seven years.

On Earth, bone formation typically happens without incident. As you read this, bone cells called osteoclasts are slowly breaking down the bone tissue of your skeletal system. Then, they signal bone-building cells called osteoblasts to lay down new bone. This process creates a skeletal system strong enough to withstand the everyday forces of Earth.

Not so in space. Weightlessness disrupts this delicate equilibrium.

“One of the things that most people don’t understand [about their bones] is that you grow a new skeleton about every seven years,” says Kacena.

“But in space flight, your body thinks that it no longer needs a strong support structure because there is no gravity, no weight bearing. So it begins to rid itself of bone without signaling osteoblasts to build more.”

Where other treatments such as resistance exercises and osteoporosis medications fall short—they’re limited because they rely heavily on weight bearing—Kacena’s drug shows promise. Lab tests indicate that the medication has the potential to stimulate growth regardless of gravity. 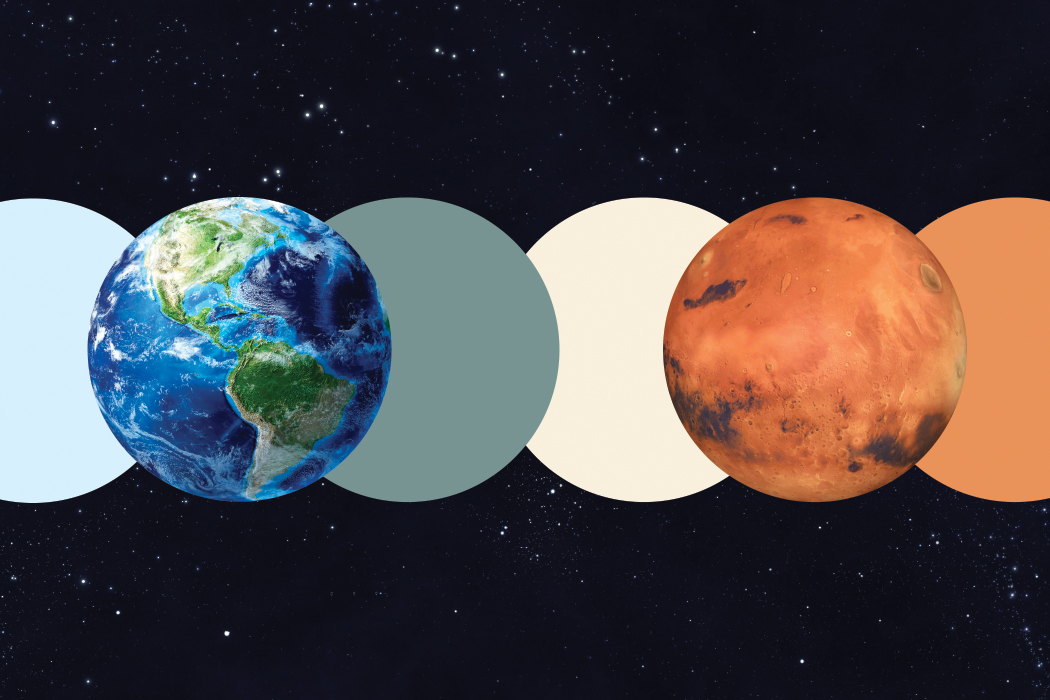 From the Final Frontier to the Medical Field

If her treatment proves successful in space, Kacena foresees broader applications back here on Earth—for car accident and gunshot victims, for instance, and particularly for those in the military.

“So many of our soldiers who survive blast injuries have terrible wounds to their extremities,” she says. “There is typically not enough available bone tissue to graft for skeletal reconstruction, so they instead need help regenerating that bone.”

A bone-healing treatment that functions independent of weight bearing would significantly shorten recovery time and improve quality of life.

So how promising is the treatment?

“I am very confident,” says Kacena. “Every orthopedic surgeon that I have shown the results to thinks it looks great. That’s why I believe NASA and the DOD are supporting this work. They see the exciting potential.”

Indeed, the impact of this treatment on the future of space exploration could be profound. Simply getting to Mars using current technology, for instance, would take about three years round trip. Both during the journey and in Mars’ partial gravity (about 40 percent of Earth’s), astronauts’ skeletal systems would be in peril.

In short, the sky opens wider to the reaches of human exploration.

Following the SpaceX mission, Kacena’s next undertaking is funding, which she admits is a challenge. Drug development for human use is usually territory for pharmaceutical companies. But academia? Not so much. The financial support is simply harder to come by.

You can change this. Help make Kacena’s bone-healing treatment a reality by contacting Elizabeth Elkas, associate dean for development at the IU School of Medicine, at 317-274-5262 or eelkas@iu.edu.

This article was originally published in the fall 2016 issue of Imagine magazine.

Tags from the story
Health and medicine, IMAGINE magazine, IU School of Medicine
Facebook Twitter Pinterest
LinkedIn Email
Written By
A. Price
A resident of the Hoosier state since grade school, Alex forged a friendship with “tried and true” IU upon becoming a writer at the IU Foundation.